Decent Work in a Digital World

The last few weeks have been super busy here in the Digital and Technology Team at IDS. I'm preparing for fieldwork in the Philippines at the same time as we are juggling a raft of exciting new research proposals at various stages of development. Last week we ran the inagural Digital Development Summit at London's South Bank Centre with partners Nesta and the Web Foundation and with funding from DFID. If you didn't get one of the golden tickets don't worry, you can still view the keynote speeches and read the event blogs here. This year's Summit was an invitation only event but the good news is that next year's Summit will be bigger and longer to allow for much wider participation. Watch this space for further details.

This first Digital Development Summit focused on The Future of Work and its implications for development. Unless you've been living under a rock for the last few months (and what with Brexit and Trump who could blame you?!) you couldn't have failed to notice a tsunami of media coverage on the digitisation of work. This included Uberisation and the growth of the gig economy, the implications of driverless cars and trucks, to the use of artificial intelligence to replace white collar workers. In preparation for the Digital Development Summit we have been busy digesting all of these developments and developing tools to analyse these changes in ways that are grounded in the lives of individual truck drivers, gig economy workers, and clerical workers.

Then two weeks ago I went to an OECD-hosted trade union conference on the Future of Digital Work in Paris. It was a breath of fresh air.

I hadn't realised how narrow the Future of Digital Work narrative is in the UK and US. The framing here is that the direction and basis of technological change is not up for discussion; the scope of debate is limited to mitigation and resilience - to how we can help the individual casualties of change through retraining or social protection. The media narrative is that the market and technology determine history and that workers muct accept their fate. This is a crude technological determinism which constructs workers as devoid of any agency. Worse it makes hidden the power of the small elite who decide which technology to research, develop and adopt. To the extent that we internalise this narrative - as I know I have - we also do their work for them in making ourselves subservient to technological change on their terms. This is invisible power at work.

Attending the Paris conference was like a breath of fresh air because there was a radically different mindset. The narrative there was that trade unions were NOT opposed to technological change but that a reasonable discussion could and should be had about how best to manage the transition to serve the common good. It turns out that this is not some utopian fantasy. This is exactly how technological change has always been managed in Nordic countries including Finland, Denmark and Norway.

I hadn't fully realised how locked into the neoliberal mindset we are in the UK and US. It has become normal to think that machines and markets will periodically cast workers onto the scrap heap; that individual workers must pay the price, retrain themselves and hope that other work comes their way. Increasingly any work that comes their way is relatively impermanent, less well paid, and precarious. Of course the truth is that the decisions about which technologies to adopt when, and on what basis, are political decisions made by humans in ways that represent their particular interests. But in the UK and US this hidden power is rarely spoken of. 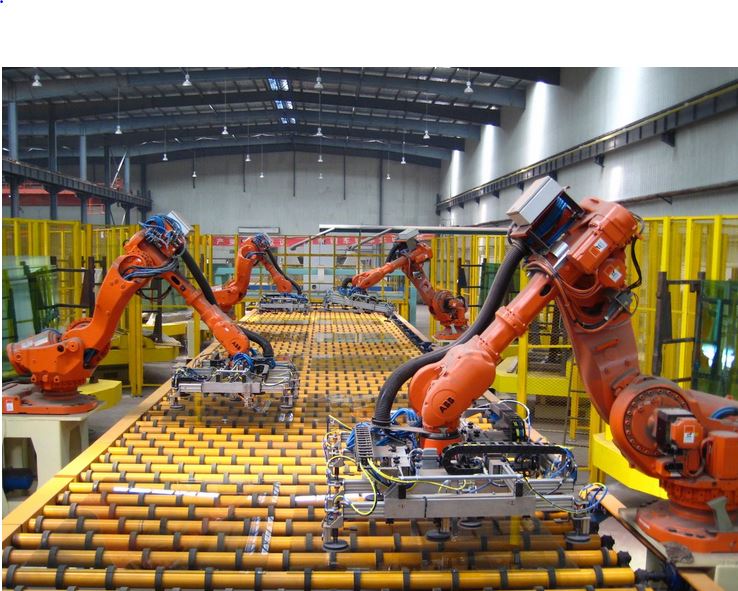 In Paris speakers from Germany and France explained that "social dialogue" is their normal. Tripartite social contracts are negotiated between employers, workers and government to manage technological change in ways that avoid unnecessary casualities. In another move that impressed me the trade unionists then linked this existing idea of "social dialogue" to two concepts that I immediately recognised from international development agreements: the need for a "just transition" to "decent work" where the idea of a just transition is borrowed from existing climate change treaties like Cop21 and the need for decent work comes from the existing ILO convention and is enshrined in Sustainable Development Goal 8. 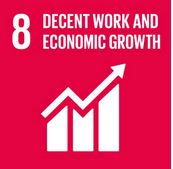 Rather than imagine technology as having some internal logic of its own, allowing the "free market" to mediate social change irrespective of how many million livelihoods are destroyed, the Paris conference argued for a social dialogue to agree just transition to decent work for all. Kind of neat I thought. Why would we accept anything less? What logic is there to accepting an unjust transition to precarious work and zero-hours contracts? Norwegian workers have less reason to fear technological change as their voices are heard in the public debate and their interests are represented in the social contract. The social contract between state, employers and workers in Norway means that change is managed and any displaced workers are compensated, retrained and re-employed in decent work elsewhere. In return the Norwegian government experiences little industrial strife or opposition to technological change, and the social transition is relatively smooth. Compare the Happiness Index or the Human Development Indicators of Norway with other countries here.

As a result of this thinking my colleague Becky Faith incorporated some of this approach into the excellent background paper that she and other colleagues produced for the Digital Development Summit. Anna Byhovskaya from the Trade Union Advisory Committee to the OECD explains it far better that I do in her Summit blog here.